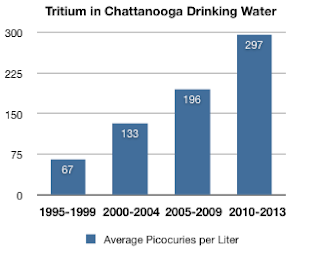 Email ThisBlogThis!Share to TwitterShare to FacebookShare to Pinterest
Nuclear Costs for Our Nation

Garry Morgan explains the financial,
environmental and cultural costs
of nuclear power for the United States.
He explores the financial inflation for families and businesses,
the terrible environmental and financial risks of disaster,
the health costs of ongoing radioactive waste releases,
and the insidious effect on American culture
of nuclear power management’s accepted
penchant for deceiving the public.


Morgan also addressed the TVA Board of Directors,
asking them to reveal the real costs of Watts Bar 2,
nearly double the costs claimed by TVA,
some 42 years into construction of the reactor unit,
to end the false claim that nuclear lowers pollution,
and to discontinue the costly pursuit of nuclear
at the Bellefonte site
in favor of utility scale solar power
and the development and implementation
of Combined Heat to Power (CHP) generators
to increase efficiency by using wasted heat to produce power.