Garry Morgan, Director of BEST/MATRR's Radiation Monitoring Project,
was invited to participate and to make a presentation
during a 2 day NRDC Safecast Monitoring Workshop in Washington, DC.

Safecast began its radiation mapping project in Japan
just weeks after Fukushima, with three young professionals
hoping to provide the Japanese people with equipment
to secure solid radiation data in real-time throughout the country.
In 3 short years the project has spread to 46 countries.

The DC workshop was the first Safecast workshop in the U.S.
Garry made a 30 minute presentation, which was well received,
on our Monitoring Project and our Make Radiation Visible campaign.

NRDC generously sponsored Garry's trip to DC
and he was invited to assemble
his own Safecast bGeigy Nano-Geiger Counter
and to deploy it in the Tennessee River Valley area.

We had a table display at 3 Earth Day Events
in North Alabama this year.

On April 5th, an all-day celebration
with music, food, and
much environmental information sharing
took place in Muscle Shoals.

On April 23, Gretel and Garry Morgan tabled
at the University of Alabama Huntsville,
and had much fun sharing information,
demonstrating our monitoring equipment,
and listening to the knowledge and viewpoints
of young university students.

On April 27, we unpacked our displays
at Monte Sano State Park in Huntsville
just in time for some serious
sustained rain storms.
Although there were not many
regular folks from the public there,
fellow environmental activists
and outdoor sports promoters
had a chance to learn about radiation issues
while about 40 of us huddled by the fire
in the beautiful open air pavilion.


We secured 79 signatures on
our Make Radiation Visible Petition
from folks visiting our display
and many more people took home
various informational handouts
and learned about our website. 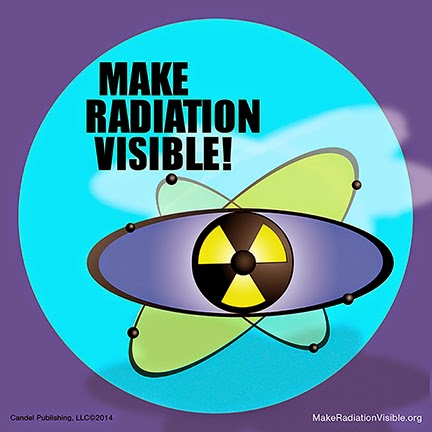 We launched our online petition
with both MoveOn and Credo
in March, 2014.

The graphics were refined during March
and the poster was created in April,
in time for Earth Day Festivals.

See our Make Radiation Visible page
which can also be found at
www.MakeRadiationVisible.org 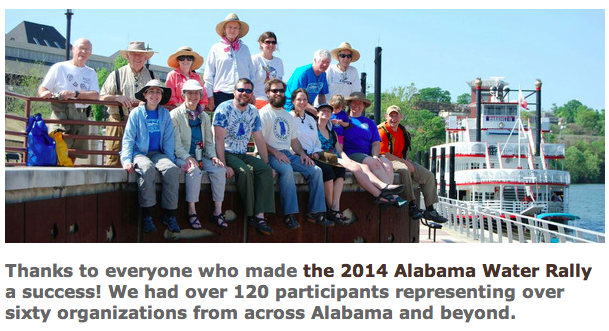 The Alabama Rivers Alliance
hosted this highly informative,
youthful and energetic 3-day conference
March 7, 8 and 9th, 2014,
with over 120 participants from 63 organizations.

BEST/MATRR representatives
Garry Morgan and Gretel Johnston
were invited to present information on
the science of radioactive pollution
and the threat to our drinking water,
as members of a four person panel.

This conference took place just as we were
getting ready to post our petition online
and while we were working on the
Make Radiation Visible campaign graphics.

Our session was quite successful,
with much interest shown toward the
Make Radiation Visible campaign
and dozens of sign-ups for our email list
by folks who wanted to participate
in signing and sharing the petition with others.

Radiation Monitoring Workshop
at the University of Tennessee, Chattanooga

Lou Zeller conducted training in data analysis methods
of the Technical Education Research Centers (TERC)
Statistics in Action program, which had
awarded BEST/MATRR a grant
for the training workshop.

We were pleased to see Dave Lochbaum,
Union of Concerned Scientists Nuclear Safety Director,
and Jim Green, Energy Policy Manager
at the Southern Alliance for Clean Energy
were among those attending.

BEST/MATRR representatives
Garry Morgan and Gretel Johnston
were selected to join a committee
of seven nuclear guardian groups
in December, 2013.

Priscilla Star of Coalition Against Nukes
co-chaired the committee
with Gene Stone
of Residents Organized for a Safe Environment.

Group consensus presented a strong showing
of support for both presentations,
which appeared to be well received
in separate meetings with NRC Commission
Chairwoman Allison Macfarlane,
Commissioner William Magwood,
and Commissioner George Apostolakis.

A large conference meeting
with three Radiological Directors
and staff experts at the EPA also went well,
with many probing questions asked
and answered from both sides of the table.

The committee also met with key staffers
for the U.S. Senate Committee
on Environment and Public Works,
and the Committee on Energy and Natural Resources.
This proved very helpful for understanding the steps
necessary to enact major policy changes,
and for offering research to support our policy suggestions.

Poignant, informative and inspiring
mini-short films were shown
about communities around the country
facing important pollution issues
and were interspersed with
energetic and beautiful
wilderness sports and action films!

Just the right balance of
serious activism and all out fun! 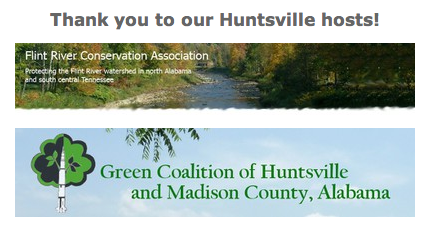 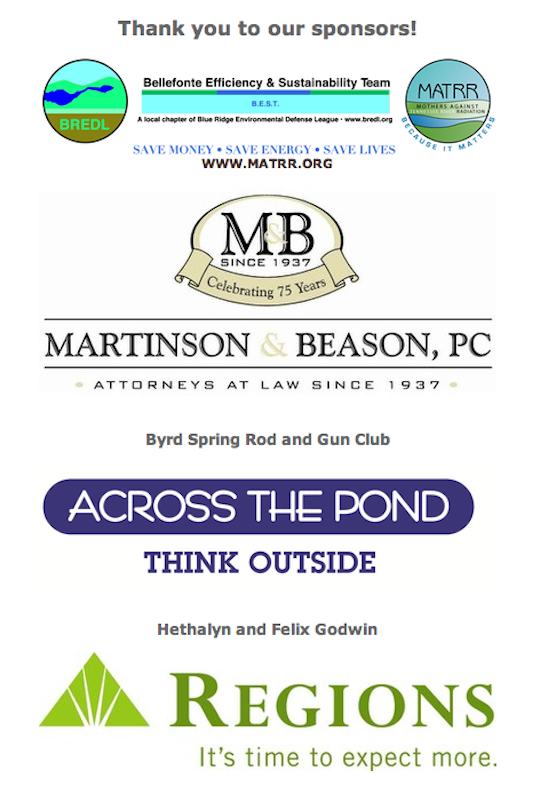